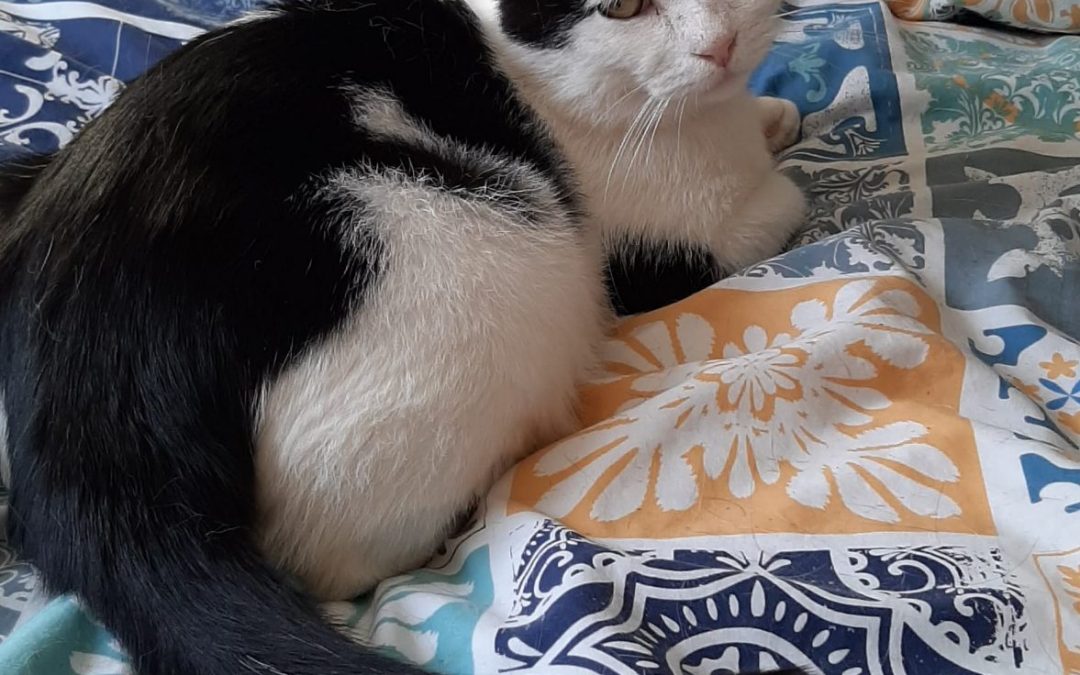 Watson came to the shelter by chance when another charity was trying to catch a pregnant female and caught him instead! It was clear that Watson had had a hard life and been straying for a while.

Watson is such a sweetheart! Given the life he must have had so far, he is doing rather well in his foster home. His fosterers are very experienced in shy, timid and wary cats and always work wonders with them. During the time he has been with them, he has really come out of his shell and definitely knows what he wants!! He does enjoy fusses, but if you’re not doing it just right, he’ll let you know with a nip! He seems to have plenty of energy, so hopefully once he is able to go outdoors again and expend some energy, he will be even more content.

We haven’t mixed Watson with other cats, but think he would be quite happy to have his own home, with no other furries.

We do not think he would be good with children and feel he would need experienced cat owners, as it can be a bit of a shock when he does nip! This aside though, Watson has really integrated himself into the home. He sleeps on the bed with his forterer, wakes her up for breakfast and sits with her while she works. He even enjoys a brush (as long as you’re doing it right!). He’s is definitely a character!

If you feel you have the experience and an ideal home for Watson please get in touch.

Any cookies that may not be particularly necessary for the website to function and is used specifically to collect user personal data via analytics, ads, other embedded contents are termed as non-necessary cookies. It is mandatory to procure user consent prior to running these cookies on your website.