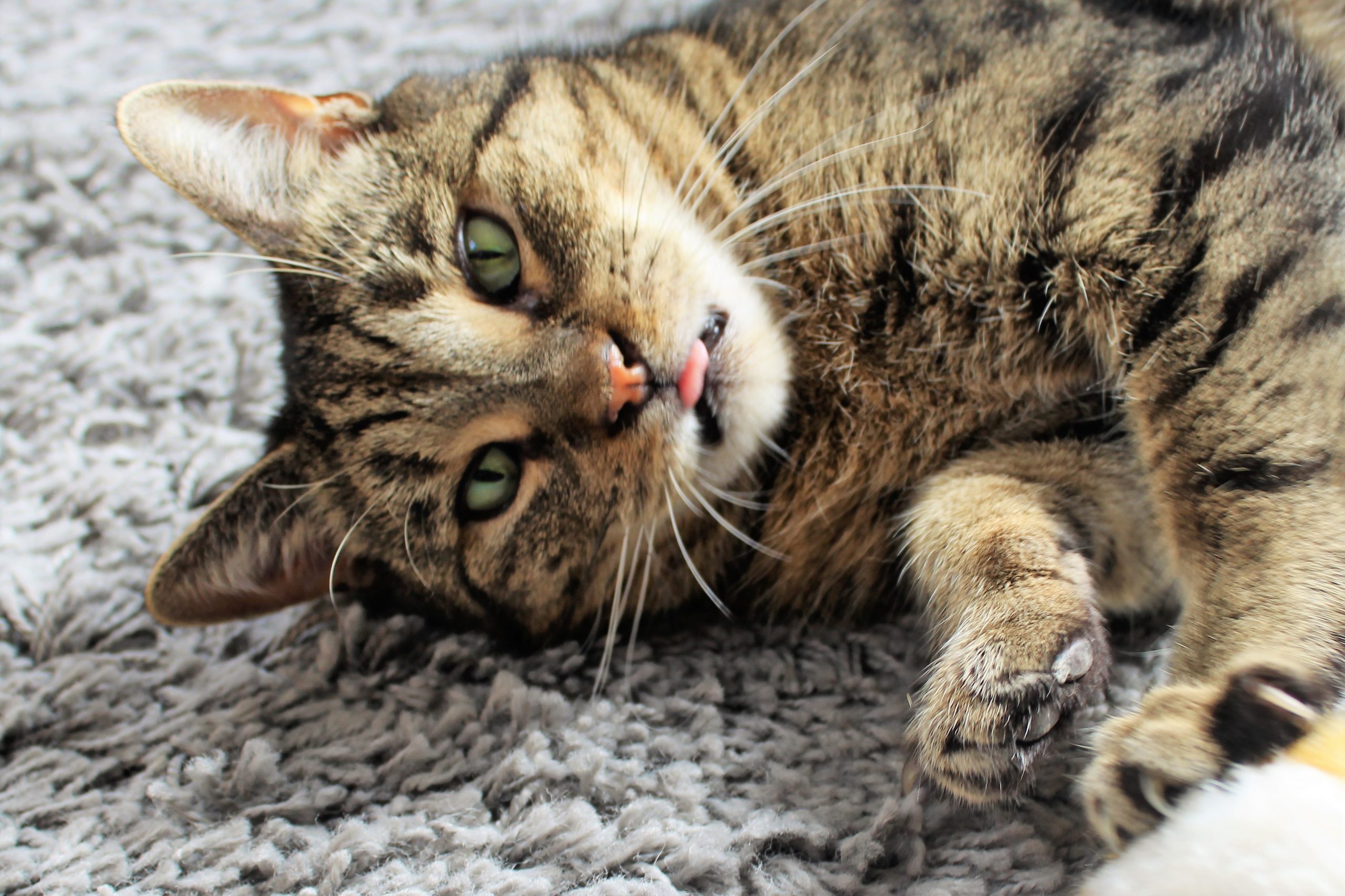 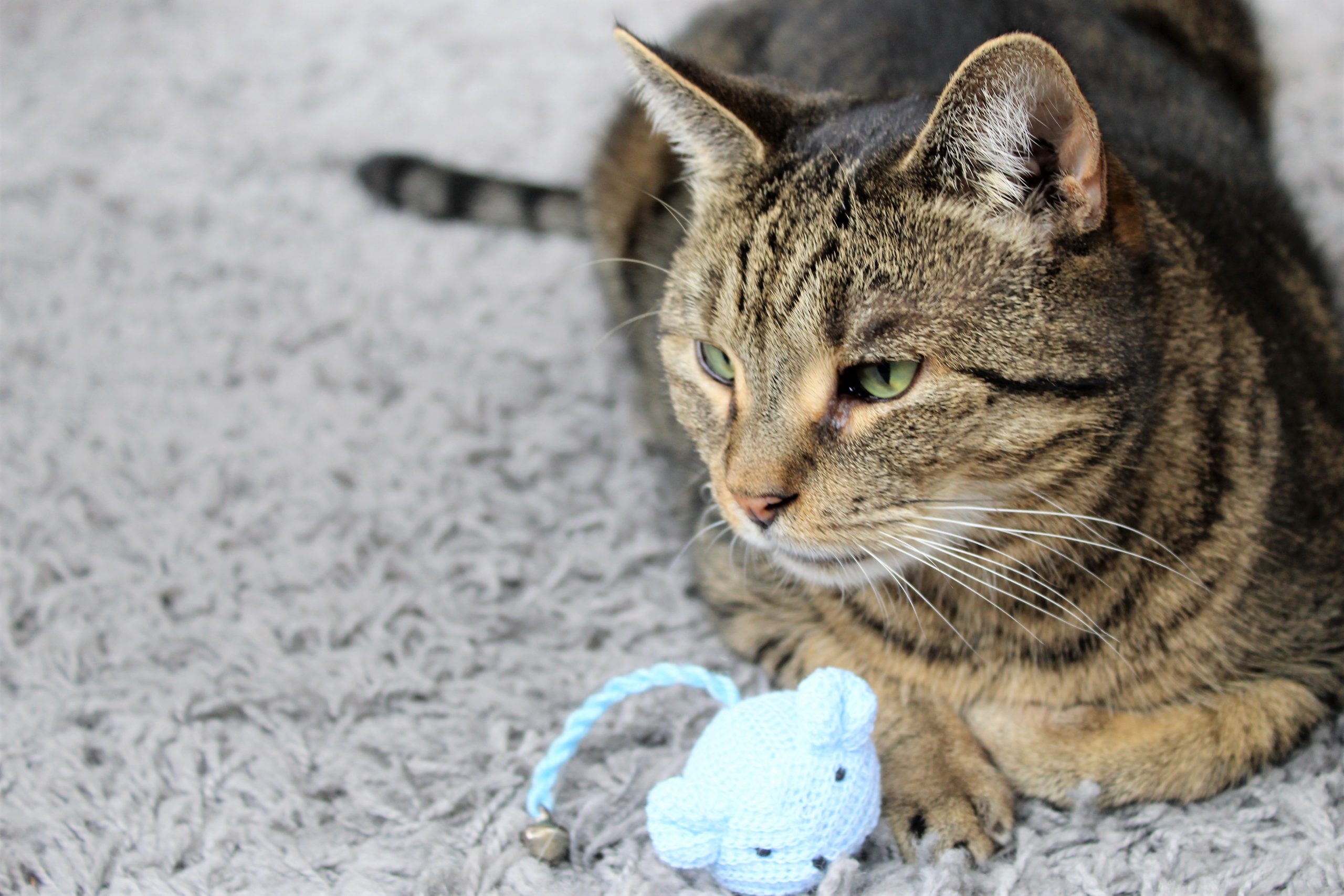 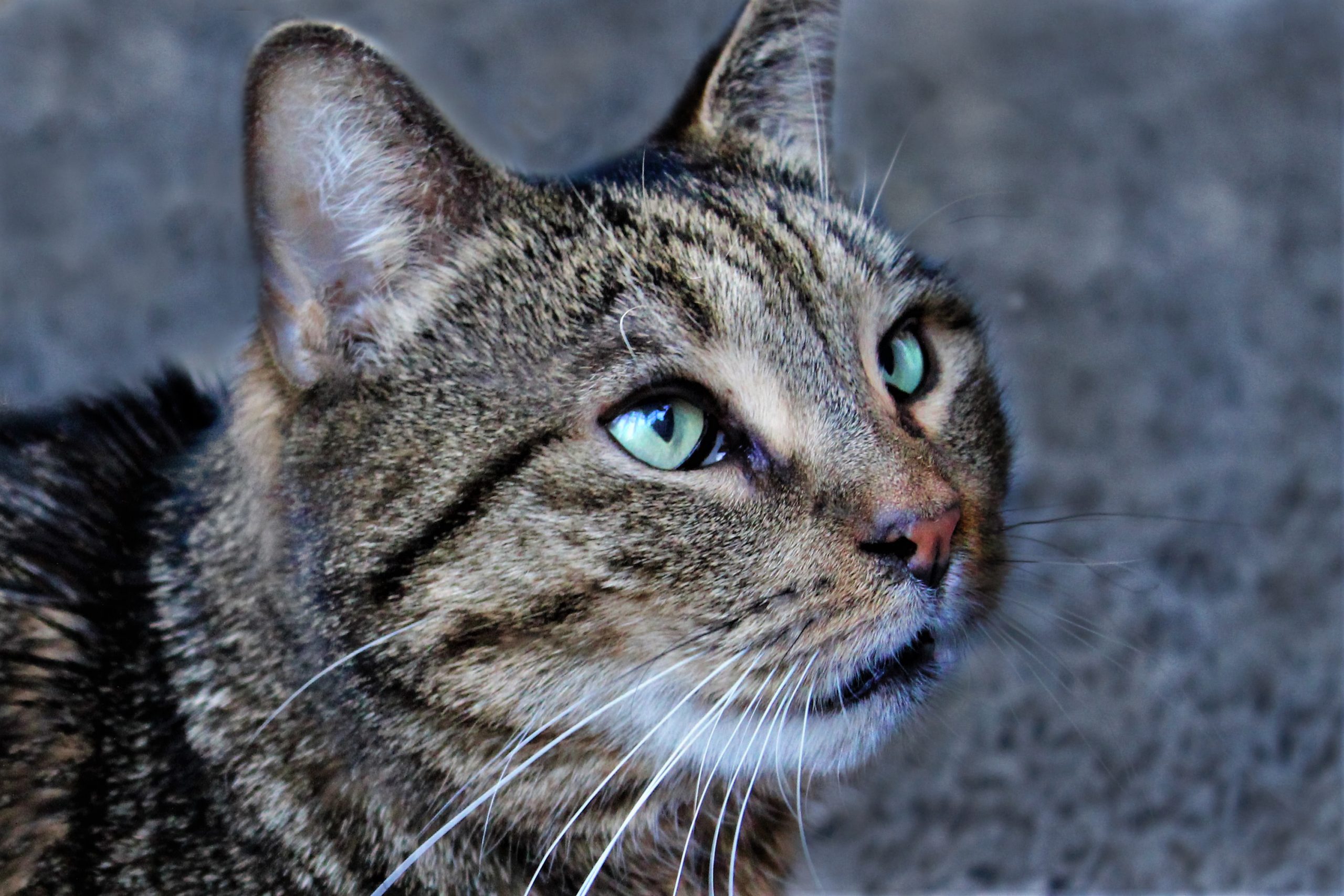 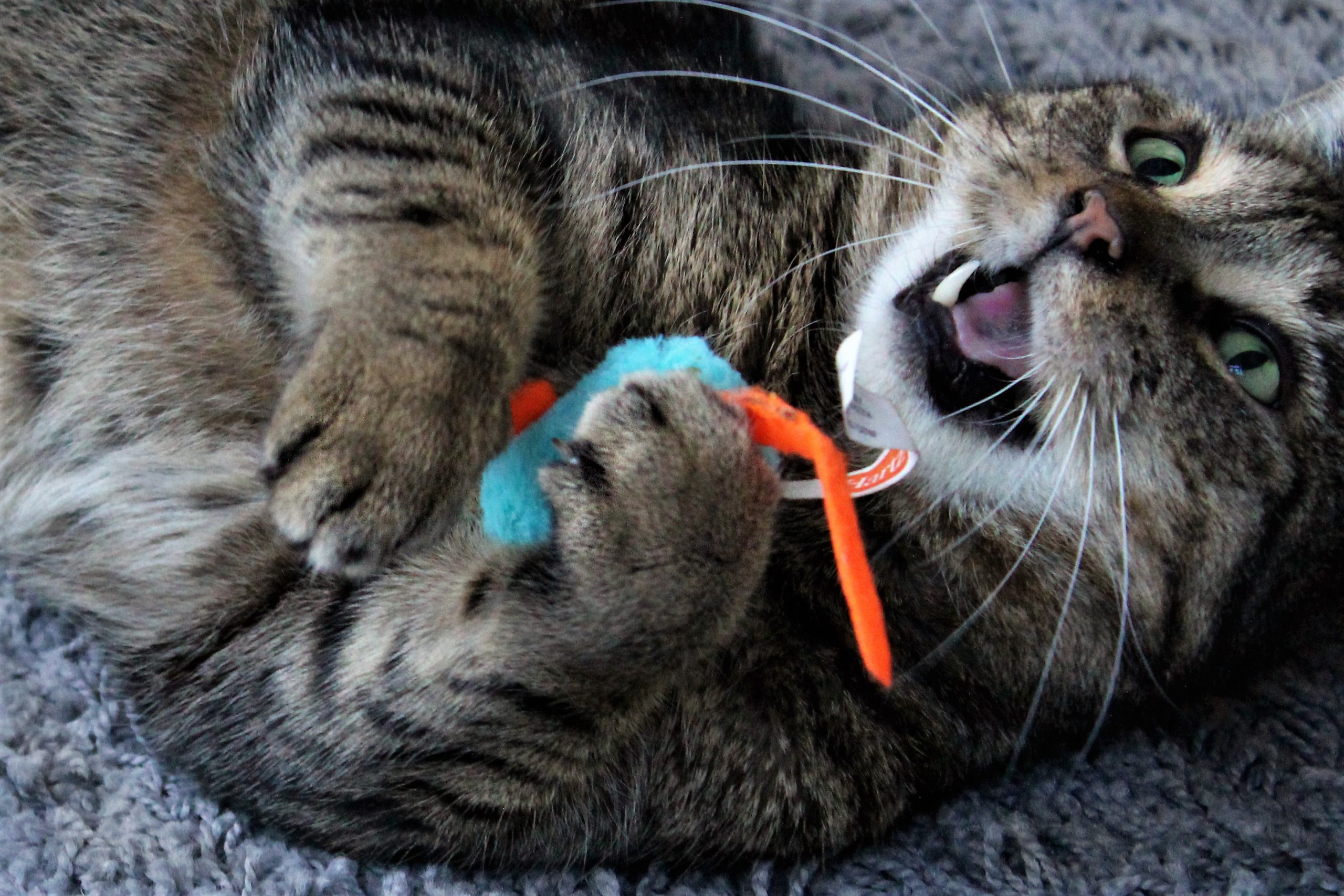 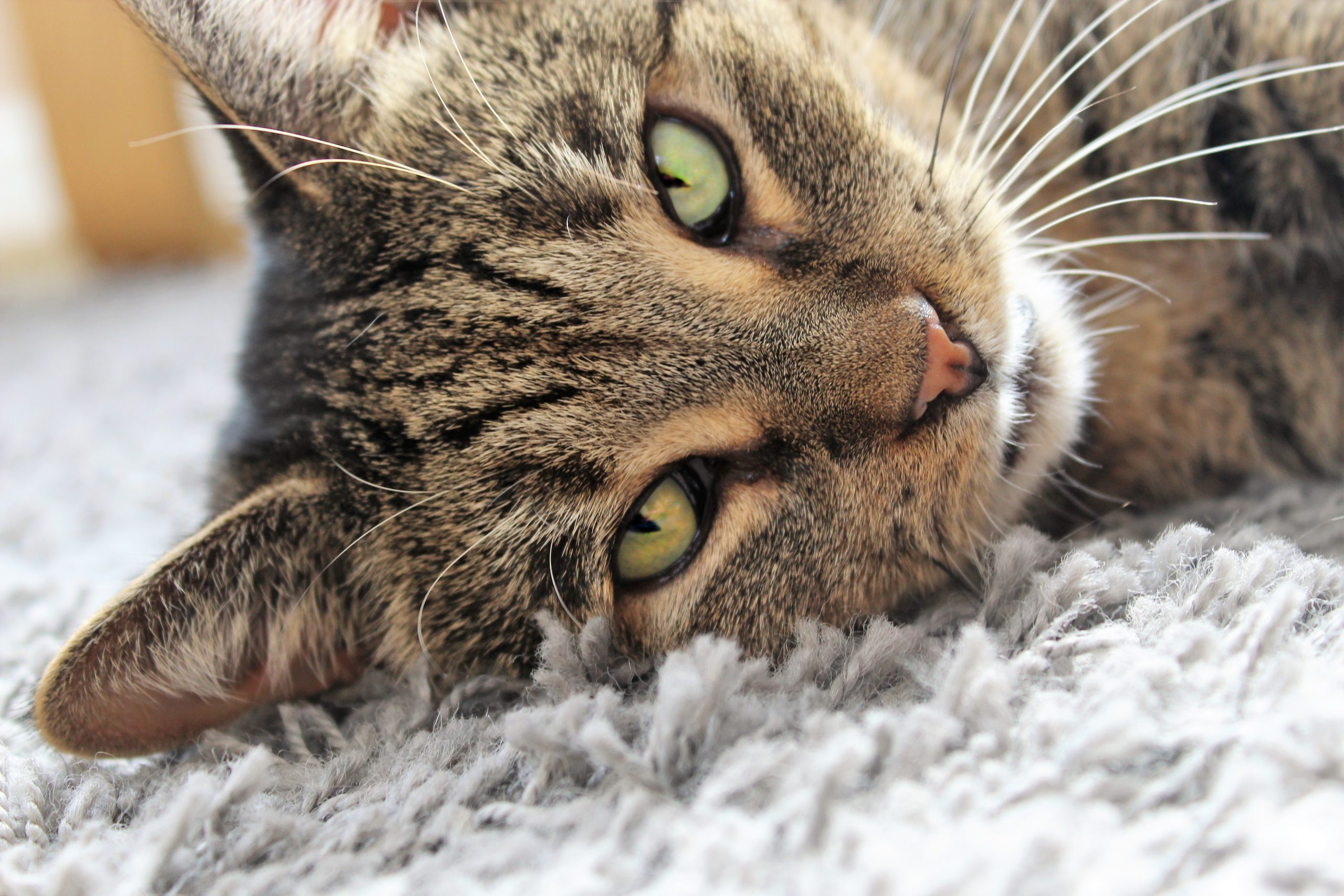 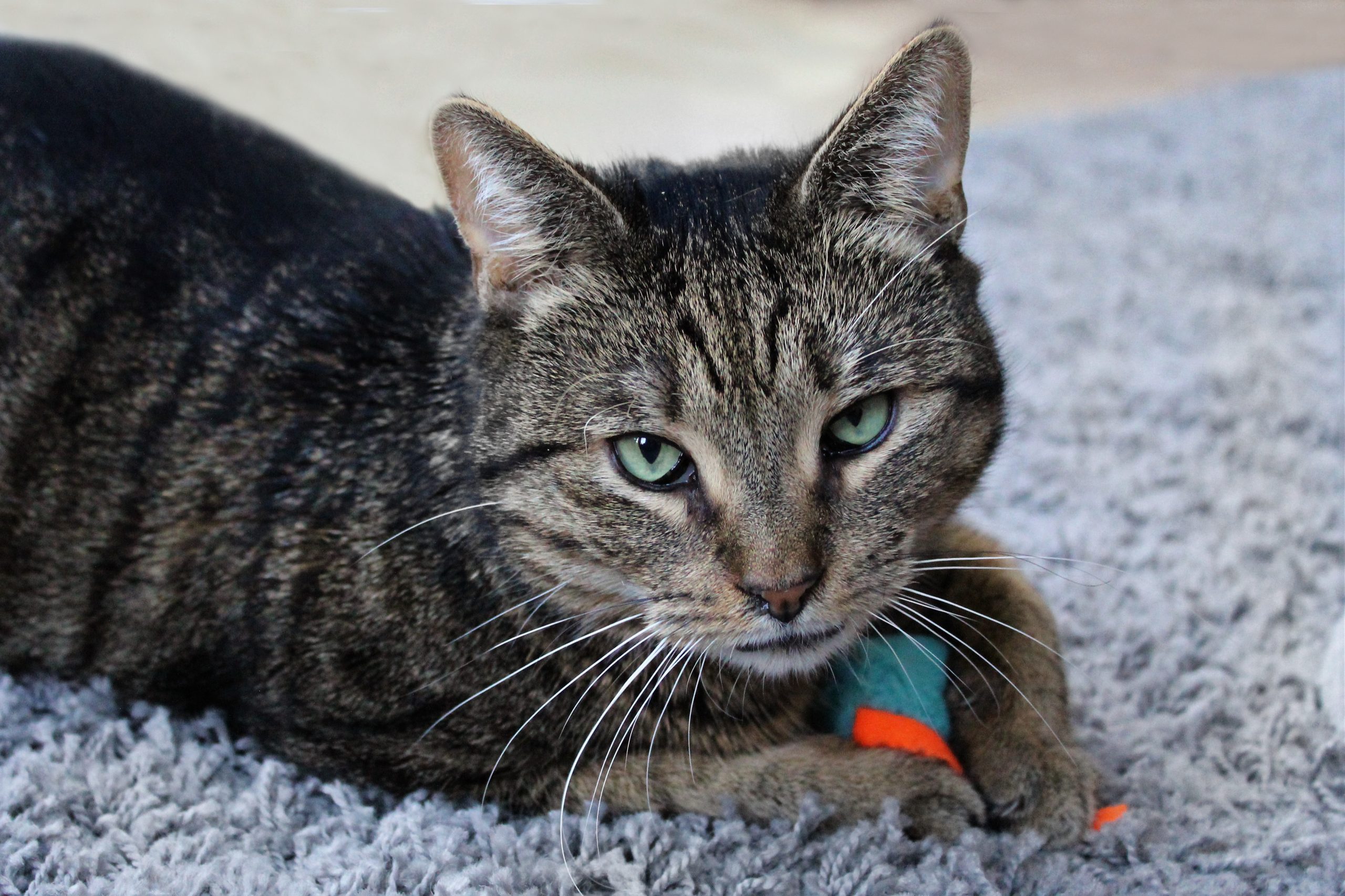 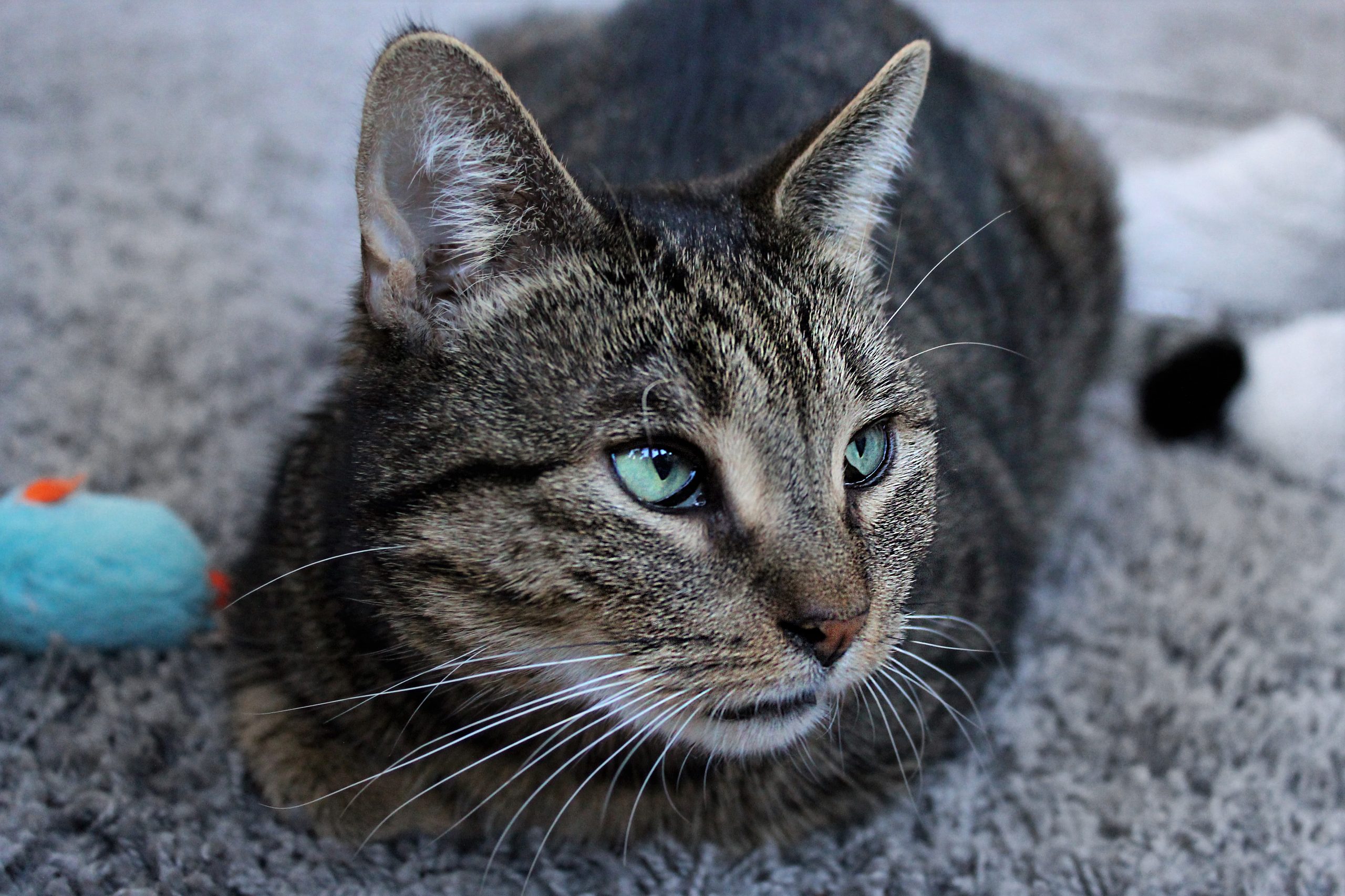 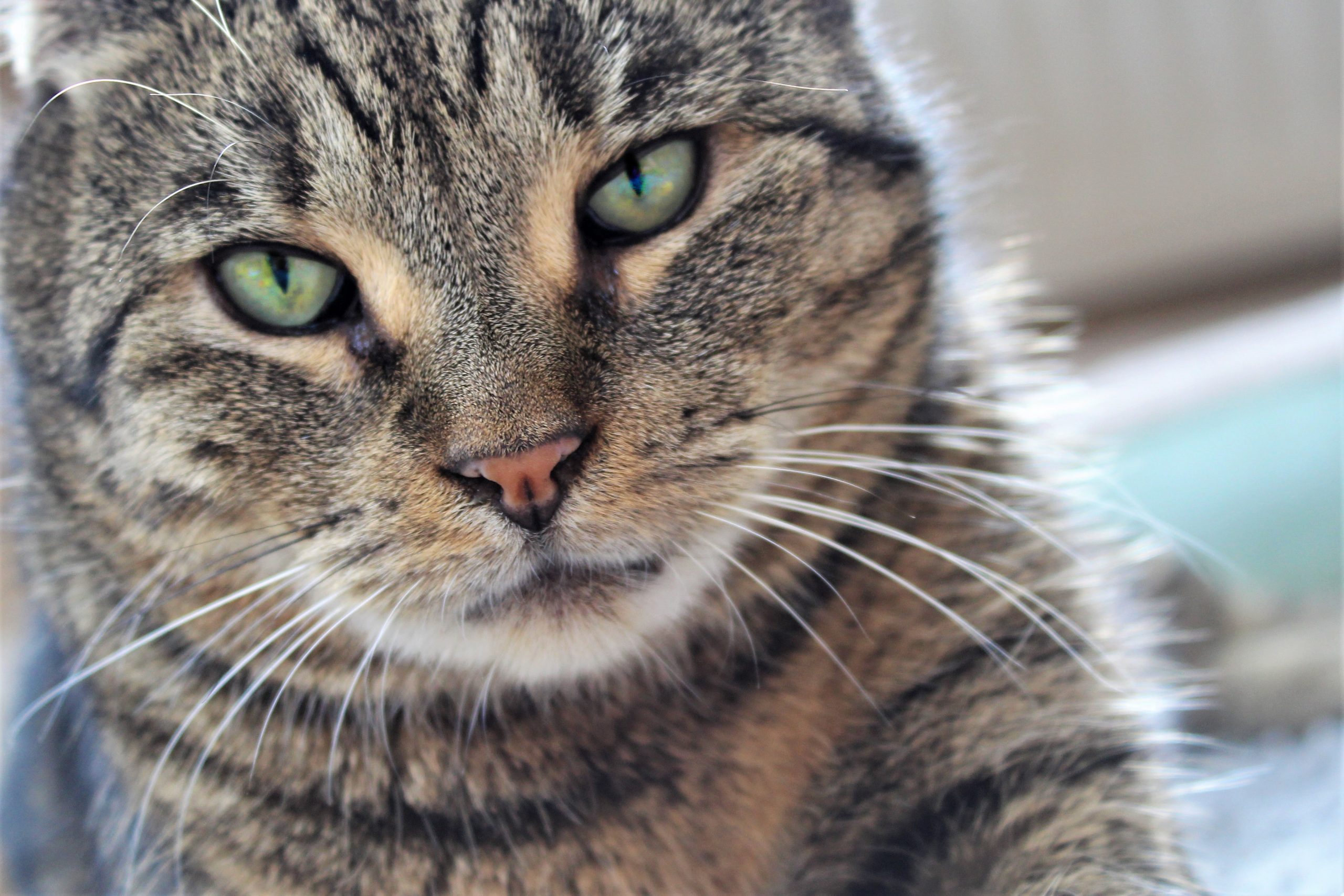 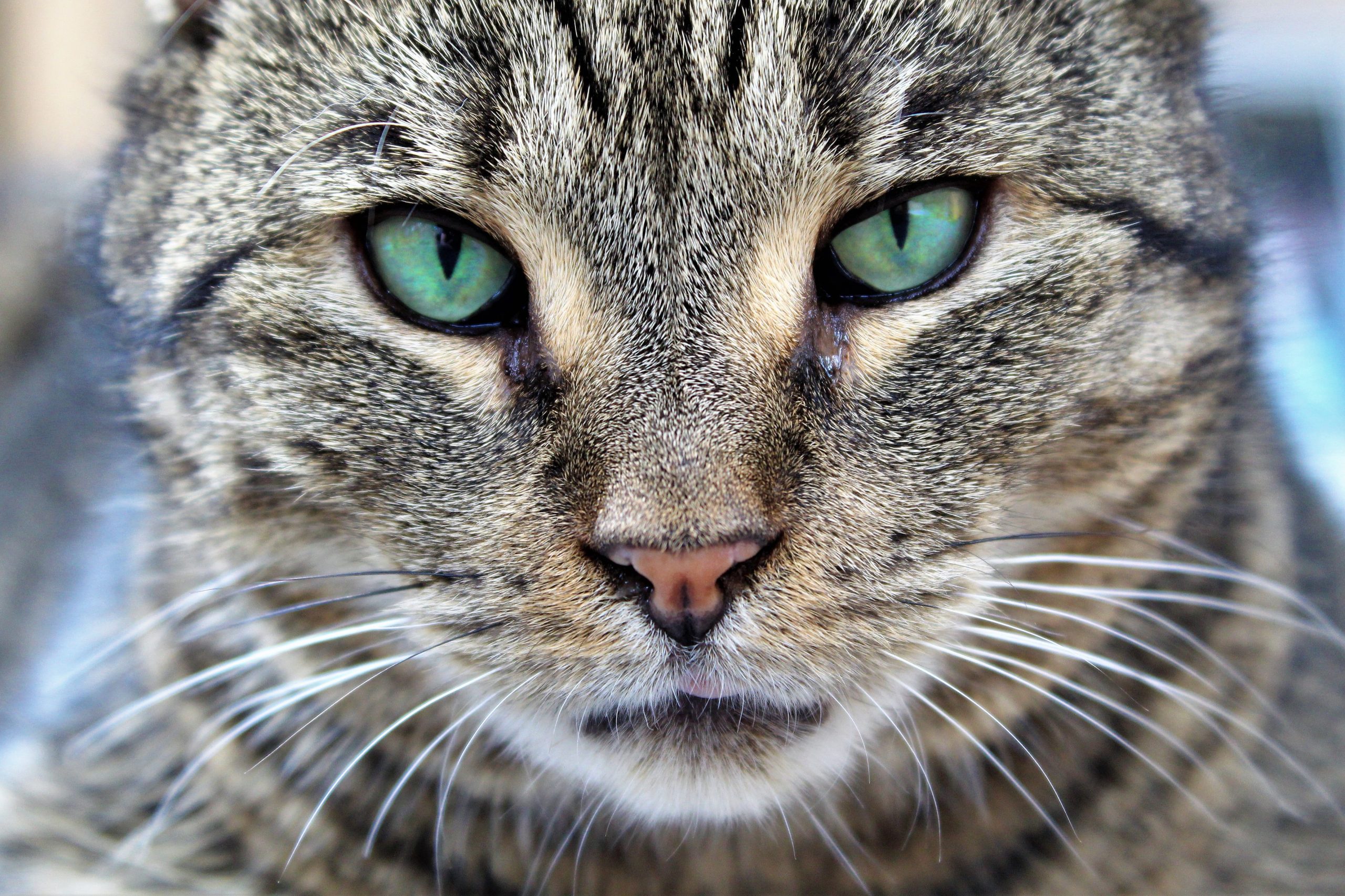 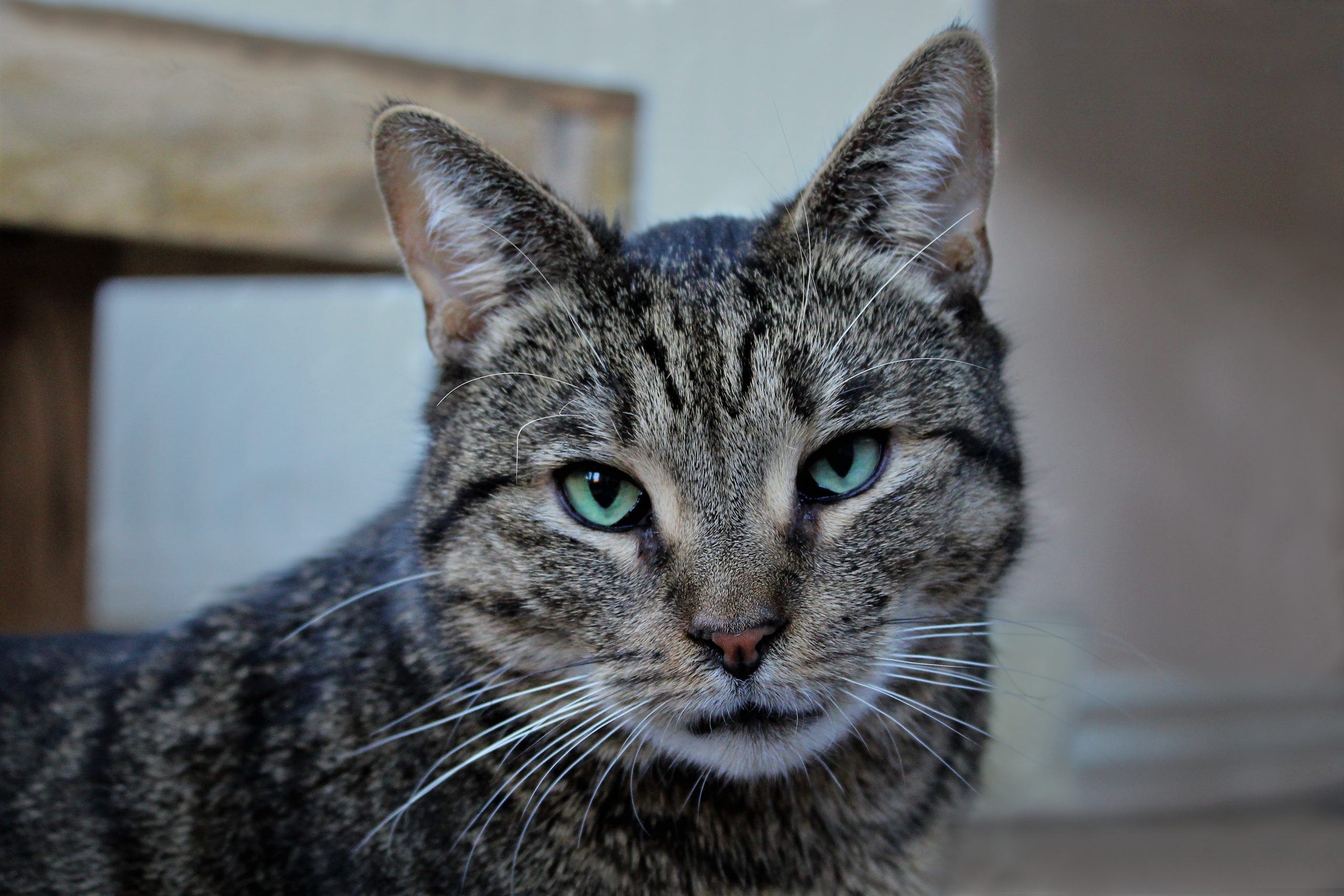 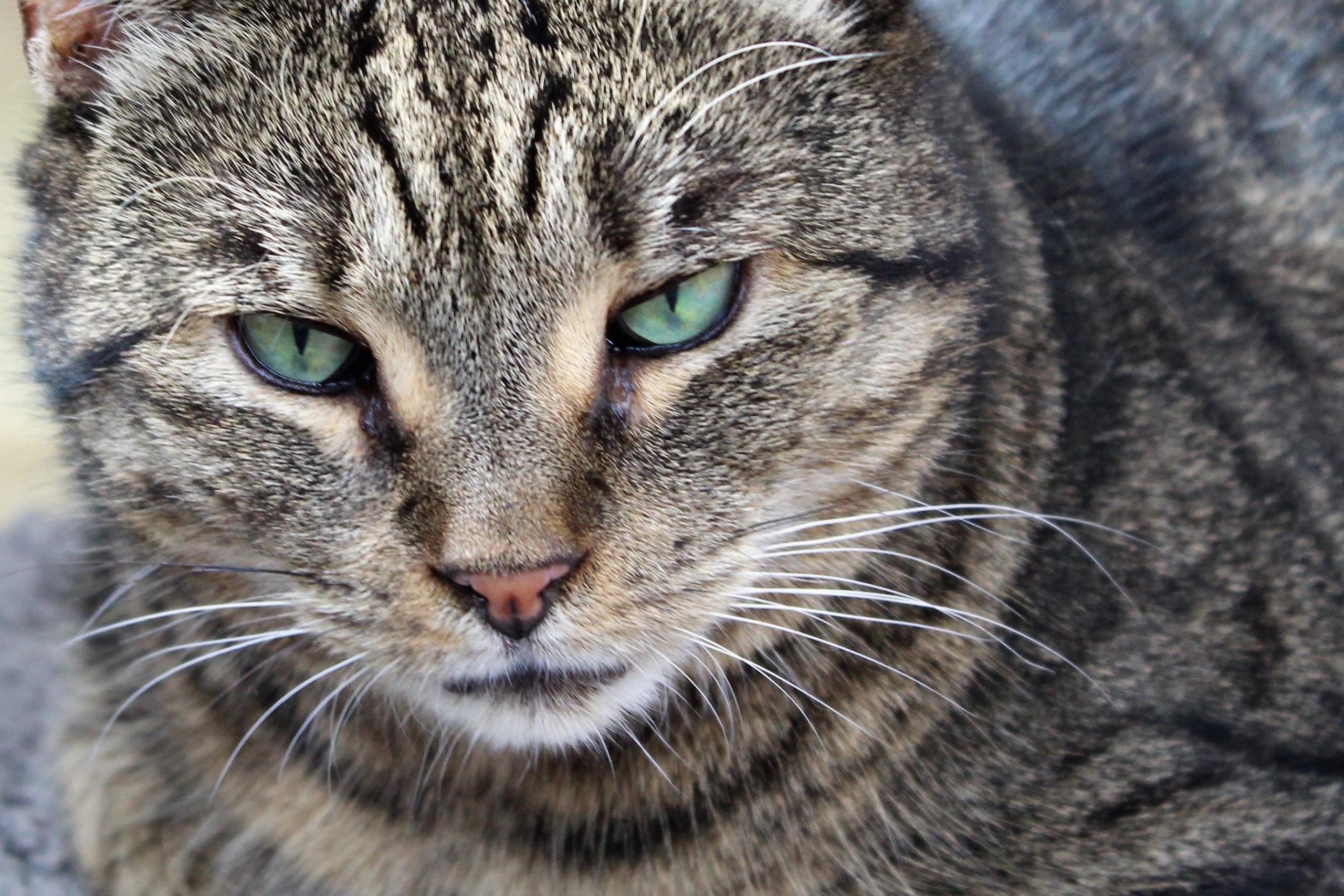 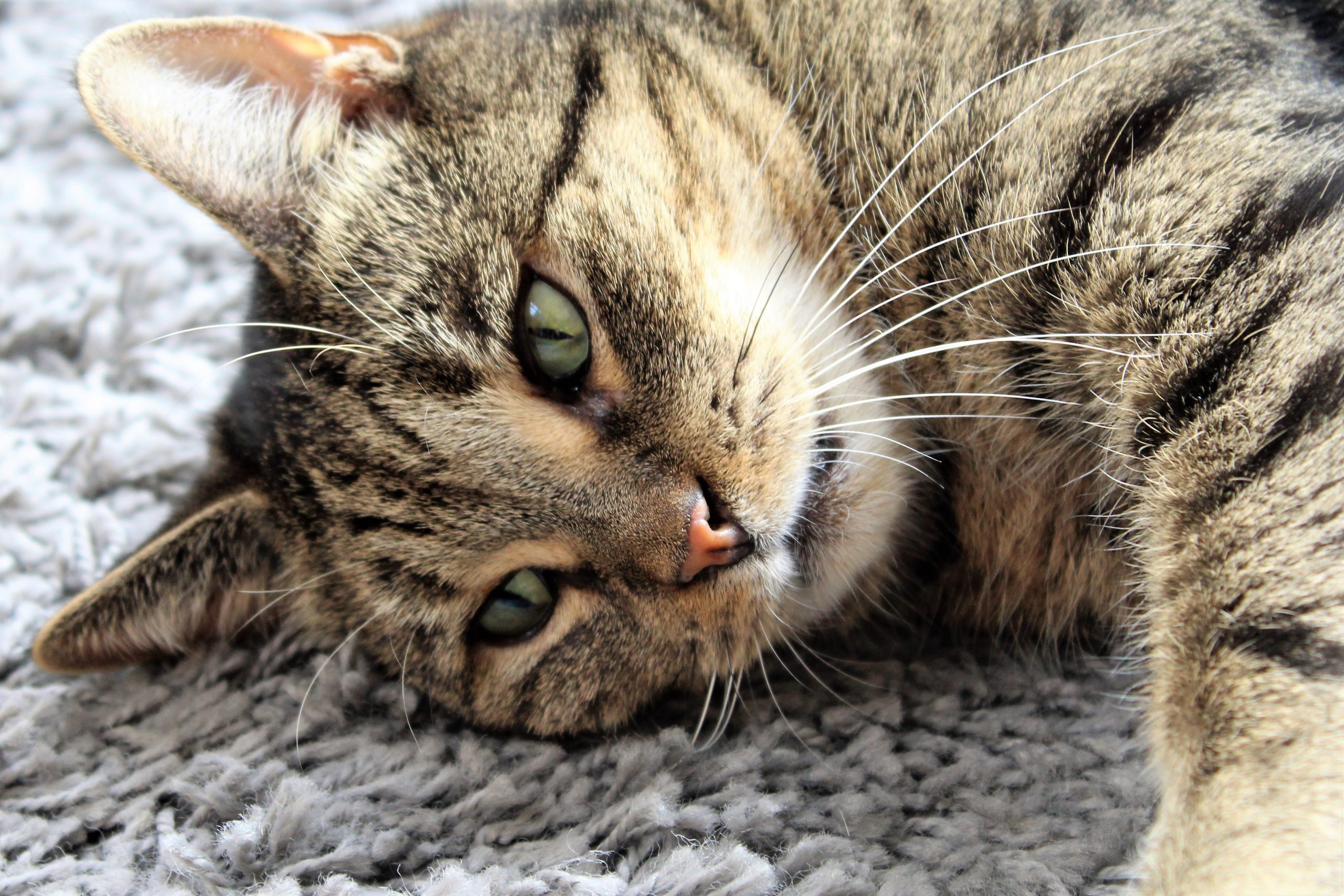 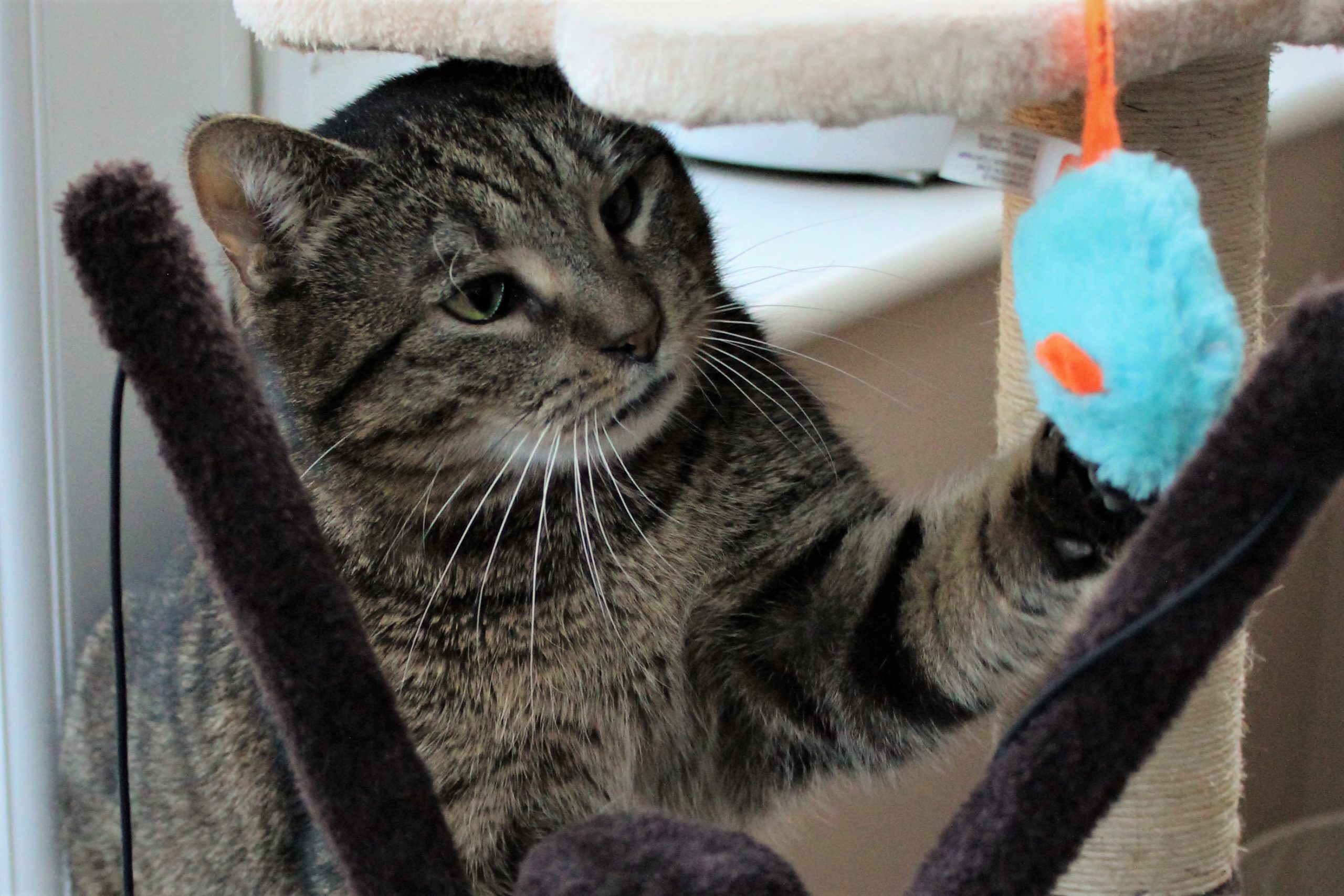 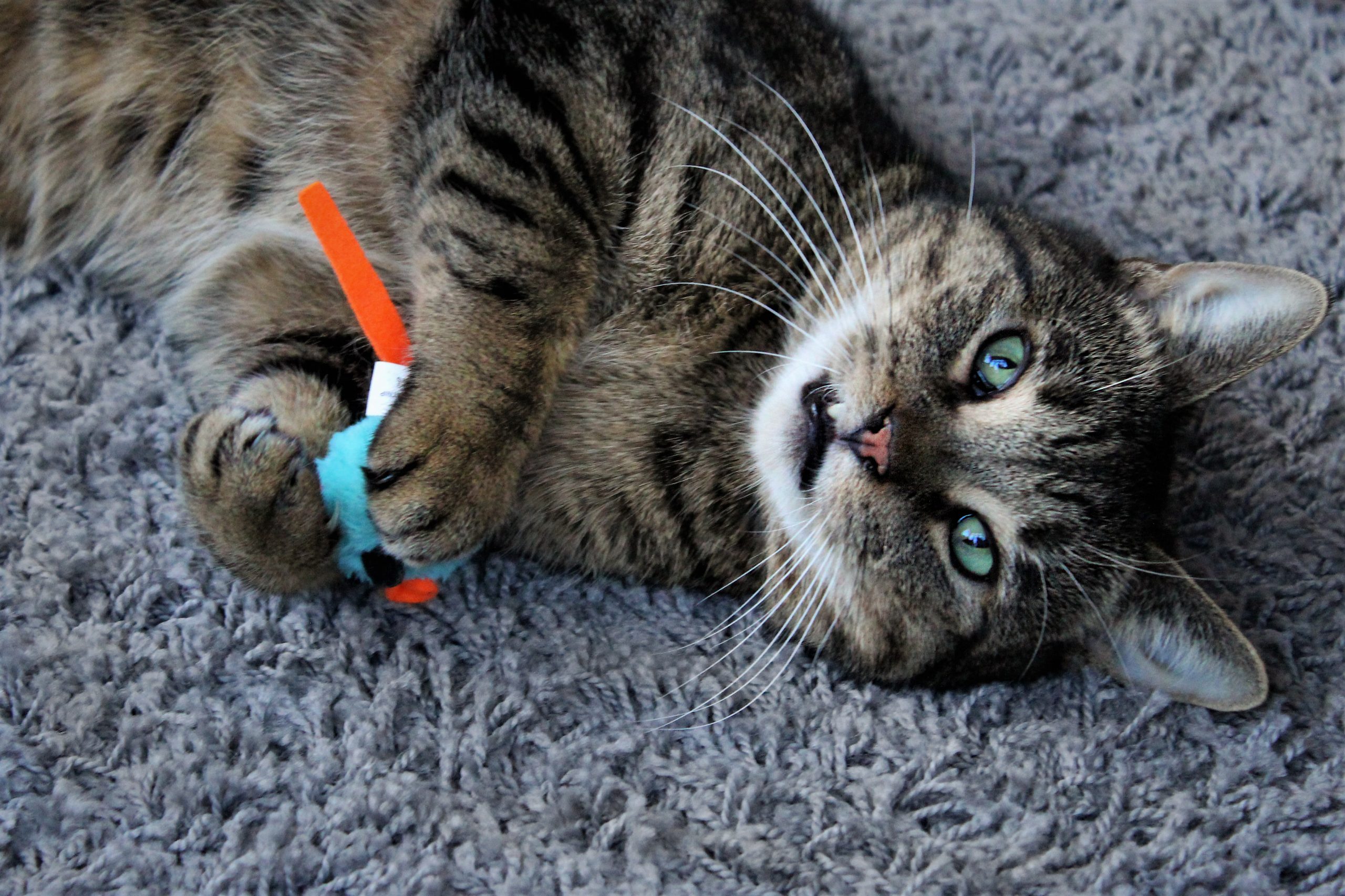 Poor Harry was in such a state when he came to us. He had been suffering from cat flu for a long time untreated. This can be very dangerous for cats, as the flu can cause further damage to the respiratory system and immune system. This happened in Harry’s case and he now has permanent flu damage. This means that he is normally quite snuffly and snotty, but it much better than he was when he first arrived.

With much TLC and many vet visits, we got Harry back on his feet, feeling much better. Harry loved having his nose and face bathed with some warm damp cotton pads, he must think he’s just generally being pampered! After nursing him back to health we discovered a sociable and loving boy, and now that he’s found his forever home, he loves his daily face bathing with his favourite cotton pads, to keep his eyes and nose clean.

Harry also occasionally has allergy flare ups that cause him to scratch. This could be due to his immune system being affected from being ill for so long previously. When this flares up, he needs medication for a few weeks to help it settle again.

Now he has the nickname “Snotty Harry” which his owner affectionately calls him because he’s always sniffling away!

Thanks to his sponsors we were able to provide all the emergency care he needed when he first came to us, and will be able to continue supporting him for the rest of his life.

Your Sponsorship Helps Provide Harry With:

Sponsor Harry Today and You’ll Get:

Sponsor For £5 A Month

Want To Gift A Sponsorship To A Friend Or Loved One? Check Out These:

Gift A Sponsor For £5 A Month

Gift An Annual Sponsor For £50

Can I Sponsor More Than One Cat?

Absolutely! You are welcome to sponsor more than one of our sponsor cats, or you can sponsor a cat room to provide care for every cat that stays there throughout the year. Alternatively, you can provide a sponsorship directly to the general care of our cats with a Memorial Sponsorship.

How Does My Sponsorship Help?

Your sponsorship will go towards the care of your chosen cat or room.

For sponsor cats this means contributing to their vet bills including medicine, specialist food, surgeries, and any other treatments they might need.

For cat rooms, this means contributing towards their food, treats, cat beds and other amenities (scratching posts, litter trays and litter, etc.), as well as the upkeep of their room.

If you would like to make a general contribution to the care of our cats you can do this via our Memorial Sponsorship, which will help towards the overall care of our cats as it is needed most. This can go to food, litter, vet bills, or any other aspect of essential cat care.

Any money leftover from your sponsorship will be put towards the care of other cats who might need more immediate or emergency care.

What Do I Get With My Sponsorship

When you sponsor one of our cats you will receive quarterly updates allowing you to follow the story of the cat you are supporting, with photos and quotes from their owner. Not only that, but you will also receive a welcome pack, a sponsorship certificate, and you will be signed up to our monthly newsletter to get the latest behind-the-scenes news about the Shelter.

If you sponsor one of our cat rooms you will get monthly updates about the cats that have been in that room, how they came to us, how we have helped them settle, and how they have recovered if they came to us with any health concerns.

By contributing to our Memorial Sponsorship, you will have receive updates for up to three sponsor cats of your choice, so that you can get a broader view of how your general contribution is supporting all of our cats.

Can I Gift A Sponsorship To A Friend Or Loved One?

Absolutely! Just select the sponsorship option you would like to gift and select “This is a gift sponsorship” on the page that follows. When you have done this and selected your payment method your friend or loved one will receive a message telling them about their new gift (with a customised message of your choice) followed by everything our sponsorships normally provide (see above).

Do I Have To Pay Monthly?

You can make a single annual payment for a small discount compared to monthly payments if you wish. These are ideal for people looking to buy sponsorships as gifts for their friends or who want to make an immediate difference to the care of our cats.

How Do I Get In Touch With You Regarding Sponsorships?

You can get in touch via our dedicated sponsorships mailbox at sponsorship@thesheffieldcatsshelter.org.uk

Harry Isn’t The Only One In Need Of Sponsors 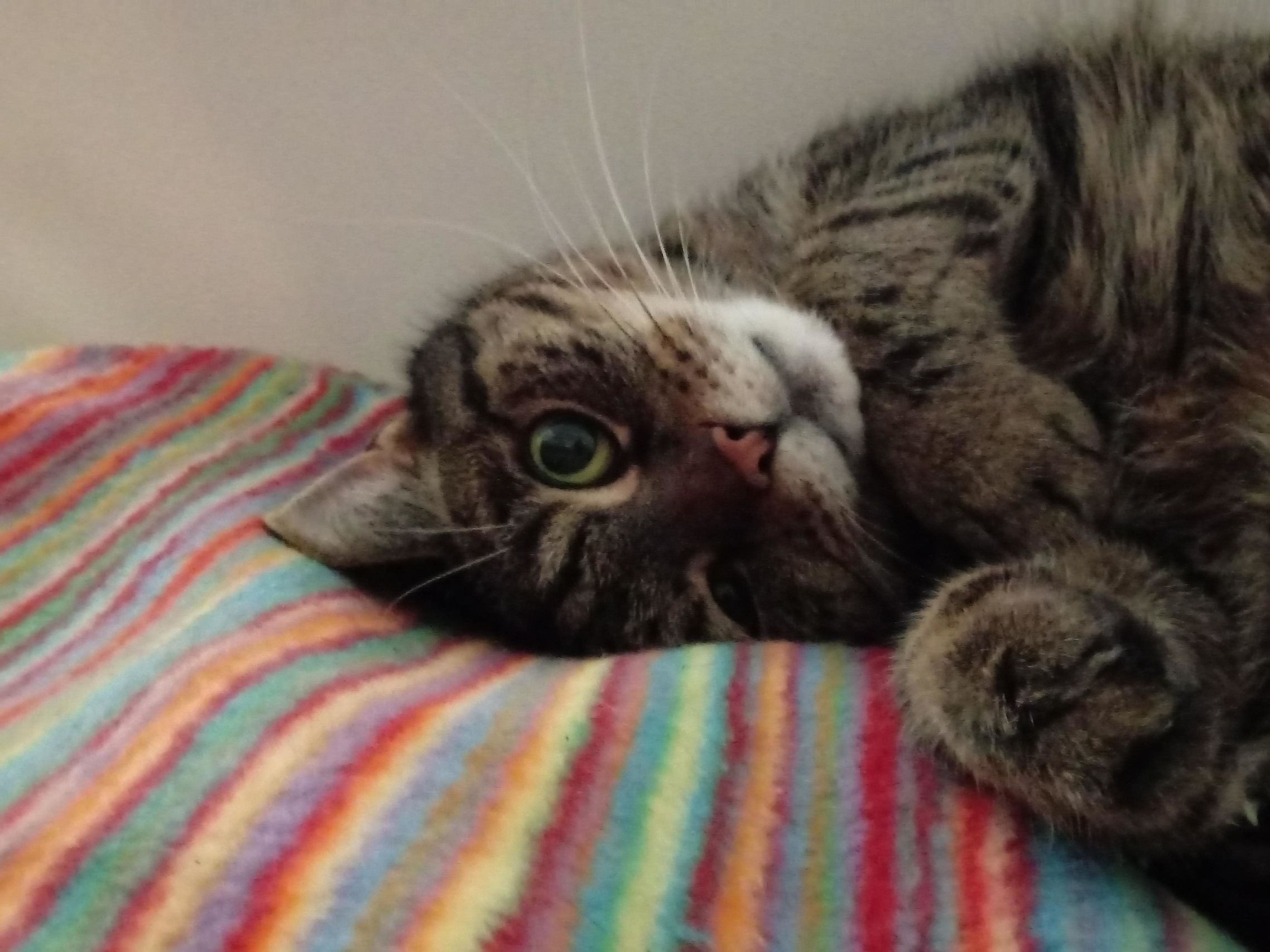 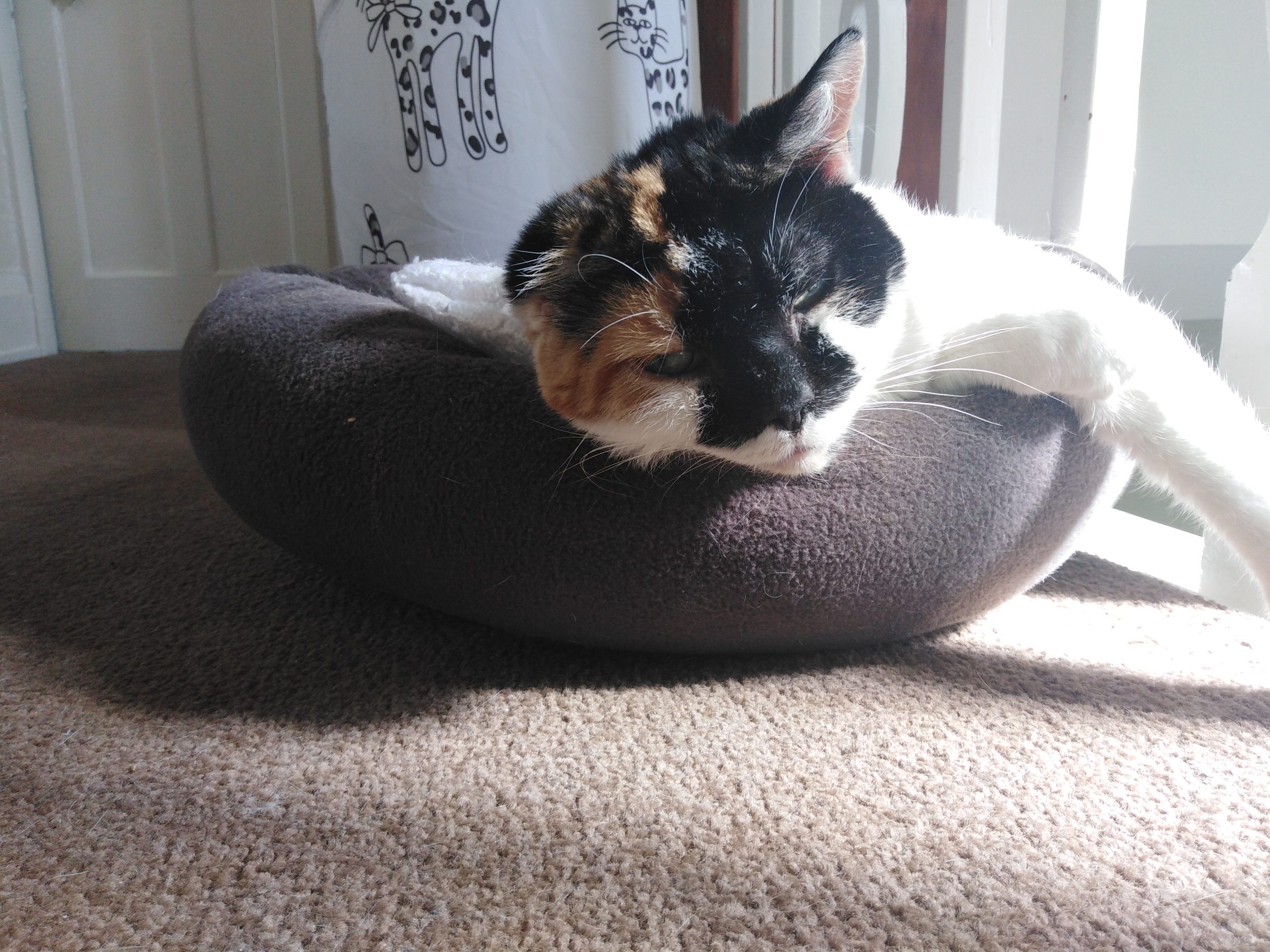